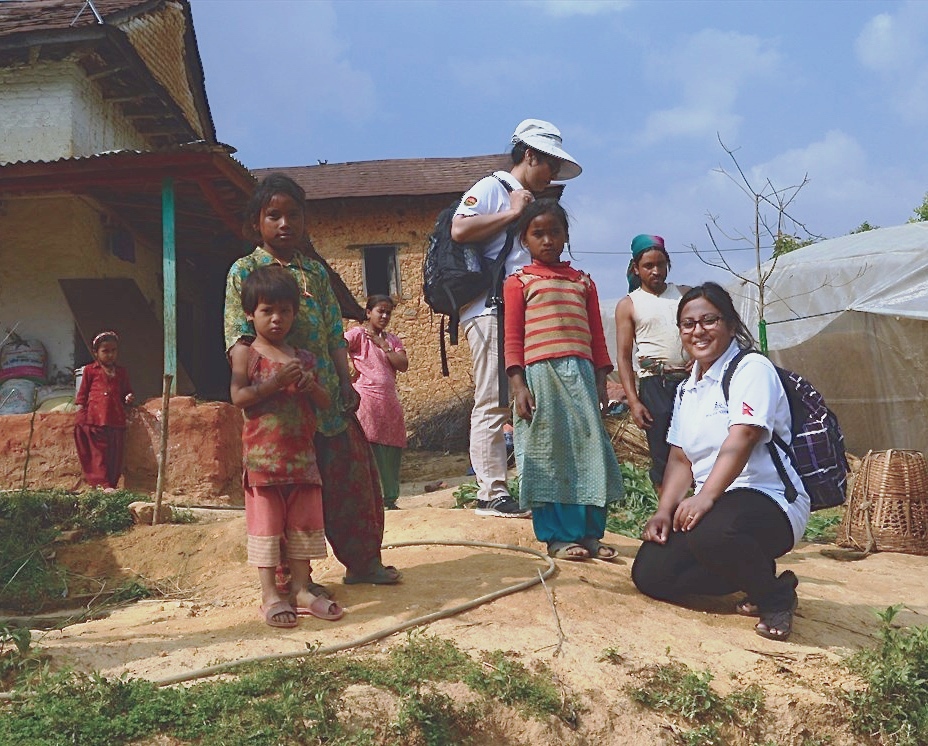 Our MH Team with survivors of the April Earthquake at Lele

Responding to the crisis after the April Earthquake, the Government of Nepal, in collaboration with the United Nation, set up Short term and Long term Post Earthquake Re-building plans. Out of which, our organization Mission Himalaya, had been selected, to help develop some of the badly affected Villages in Gorkha District. Out of the affected, we were assigned three VDCs : Namjung, Fujel and Darbung, where currently thousands of displaced villagers had been re-located, due to constant landslides, triggered by constant aftershocks.

With the help of our sponsoring organizer able to provide more than 50 Temporary Learning Shelters (TLC), for the three Villages, and 21 local schools, for over 1300 students. These Temporary classrooms were set up immediately, in order to encourage local children to go back to school , so that their education would not be hampered. These shelters are specially designed, which measure 15 ft Width,12 feet height and 25 feet length and are made out of Galvanized tins specially cut for the roofs. Thanks to Dooley, the villages also received tonnes of Medicines, brought all the way from the USA by Dooley’s Team led by Scott Hamilton (Vice President). Dooley Intermed also helped set up a free medical camp at Darbung VDC in Gorkha , where Dr. Indira Kairam M.D, from USA, did a free medical checkup of around 300 patients in one day. Here, Tarpaulins and foam mattresses were also distributed to the victims.

More Schools Re-built thanks to our Friends at Mitrata Nepal and Red Lantern Journeys,USA

These photos are from the village of Rampur in the Darbung VDC in the Gorkha District of Nepal where Bhawani Lower Secondary School with 200 kids (grades 1 to 8) was partially damaged and they spent several months holding classes in temporary shelters – open-air structures with corrugated metal roofing. The schools headmasters had previously requested our tea 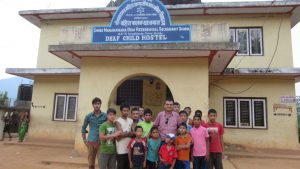 m from Mission Himalaya to help aid the school’s children’s education, as there was a compulsory curriculum for computer studies but the kids had never even seen or touched a real computer. This was immediately set into a mission by Basanta our Project head in Gorkha. Our plea, was heard by our friends Ambrose Bittner and Irene Wong, from Red Lantern Journeys, who collaborated with Mission Himalaya and Mitrata Nepal, to help raise fund, construct and start a fully equipped Computer lab, with 6 units of desktop computers, 1 unit of printer and fully furnished with computer tables and chairs. The inauguration was held amidst a lot of  spirit and excitement from the villagers and Ambrose and Irene were there to represent our entire team.

You could help re-build a school as well. If you want to know, how you could help the victim of April 2015 Earthquake into rebuilding their homes and schools then contact us at : +977-1-4428756 or Email us at: info@missionhimalaya.org.np

Manakamana Deaf School gets Three semi-permanent Dormitories for  the children

Another plight from the first and only deaf and dumb school in Laxmi Bazaar, Gorkha, where the 4 storied concrete building had been badly destroyed by the Earthquake and was labeled un-safe for the children to live or study in anymore. Mission Himalaya’s Gorkha Project team heard their woes, and decided to approach our friends Ambrose and Irene from Red Lantern Journeys .

Ambrose and Irene, immediately set off to help support this project to help build three dormitories for the children studying there. 3 semi-permanent dorms were build in collaboration with Mitrata Nepal, which has corrugated sheet roofing and retrofitted walls and windows , which are very safe from Earthquakes. 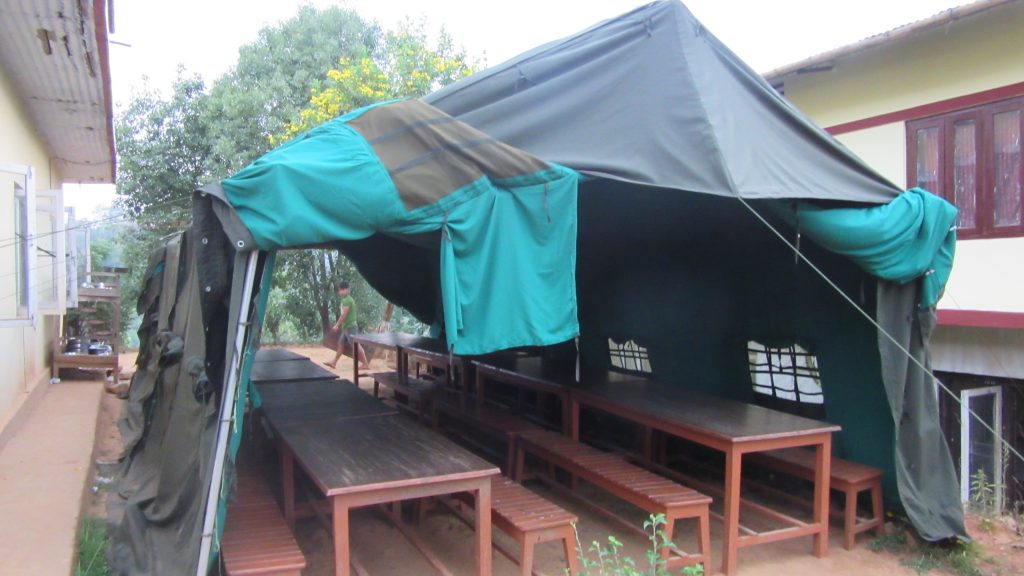 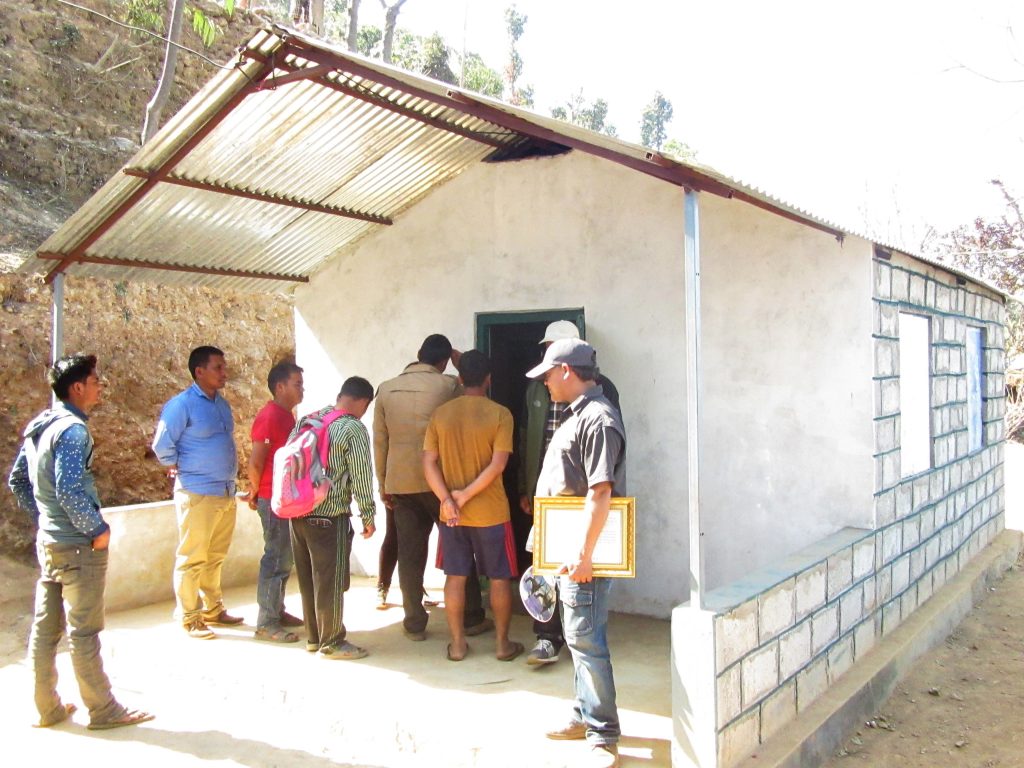